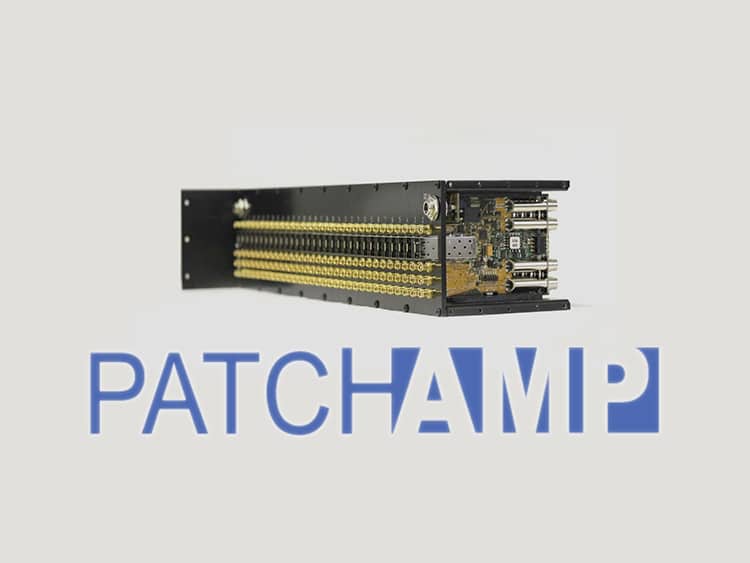 Thatcham, UK – 31 August 2022: PHABRIX, a broadcast test & measurement innovator, has announced the sale of a Qx advanced rasterizer to PatchAmp, a US-based systems integrator and manufacturer of distribution amplifiers and distribution systems. The company has invested in the Qx in order to be able to carry out 12G-SDI signal test and analysis, as well as general error detection tasks.

In addition to its extensive manufacturing interests, PatchAmp has a distinguished track-record as a systems integrator for broadcast production centers and outside broadcast units. “For these projects we do the design and all the cabling – everything, in fact, to get them up and running,” explains Jim Tronolone, VP engineering at PatchAmp. “What we were lacking was a 12G-SDI signal generator and a product that could provide all of the different test patterns we needed, including the 12G pathological test patterns. Plus, we required a signal analyzer and the ability to check for any errors, and ultimately that combination of factors led to us the PHABRIX Qx.”

Providing SDI and IP toolsets as standard, the Qx brings together all the advanced Test & Measurement (T&M) tools required for transitioning to the next generation of video formats. Designed for HD/3G/6G/12G-SDI and IP ST 2110/2022-7/2022-6 environments, the comprehensive instrument set facilitates rapid fault diagnosis, compliance monitoring and product development.

The decision to invest in the Qx was partly informed by Tronolone’s own previous positive experiences with PHABRIX products: “I was personally a user of some of the handheld devices and was very impressed by their performance.” Now that the Qx is active as part of PatchAmp’s T&M processes, Tronolone is struck by its ability to have more windows open than is possible with a standard quad view: “Having the option to view six windows – which we use for generator setting, jitter, error measurement and so on – is definitely beneficial.”

Phillip Adams, CEO of PHABRIX, comments: “We are delighted that the Qx is proving to be so invaluable to PatchAmp, which has already deployed the unit during several of its SI projects. With a powerful selection of core media analysis tools, the ability to create your own instrument layouts, and a rapid recall pre-set layout feature the Qx puts you in control of exactly what you need to monitor and how you wish to view it. It’s easy to see why the Qx has become one of our most popular advanced rasterizers.”